YEREVAN, April 20. / ARKA /. Head of Synopsys Armenia company Hovik Musayelyan said the 58th position Armenia has in the latest Network Readiness Index (NRI) is the evidence of significant progress given that the NRI surveyed 143 countries.
NRI, produced by the World Economic Forum in cooperation with INSEAD and Cornel University annually, measures the preparedness of an economy to use ICT to boost competitiveness and well-being and tracks the development of ICTs around the world.
The report assesses the digital ecosystems of 143 developed and developing countries — accounting for more than 98 per cent of the world’s GDP.
Armenia has moved seven positions up to the 58th position. Kazakhstan, one of former Soviet republics is ranked 40th, Russia is 41st, Azerbaijan is 57th, Georgia is 60th, Ukraine is 71st and Tajikistan is 117th.

END_OF_DOCUMENT_TOKEN_TO_BE_REPLACED

A pilot project at Armenia’s 5 high schools with orientation in physics and math will be launched in September 2015. As Synopsys Armenia Director Hovik Musayelyan told during a talk with tert.am, within the scope of the project, the subjects of Microelectronics, Information Technologies, and Basics of Telecommunications will be included in the general curriculum and taught as mandatory disciplines. “This is an initiative shared by Synopsys Armenia, VivaCell and Unicomp companies. This project is unprecedented for in no other country in the world these disciplines are regarded as mandatory. I think the number of the schools involved will increase in the future and odds are this will become a chess phenomenon in the IT sphere”, he said. END_OF_DOCUMENT_TOKEN_TO_BE_REPLACED

This is an annual award conferred on an individual having outstanding contribution to the IT sphere that has resulted in revolutionary developments in the technological, educational, organizational, or financial areas globally. The Global Award of the RA President for Outstanding Contribution to Humanity through IT was inaugurated in 2009. The names of this year’s candidates are already known; the winner will be decided in September. 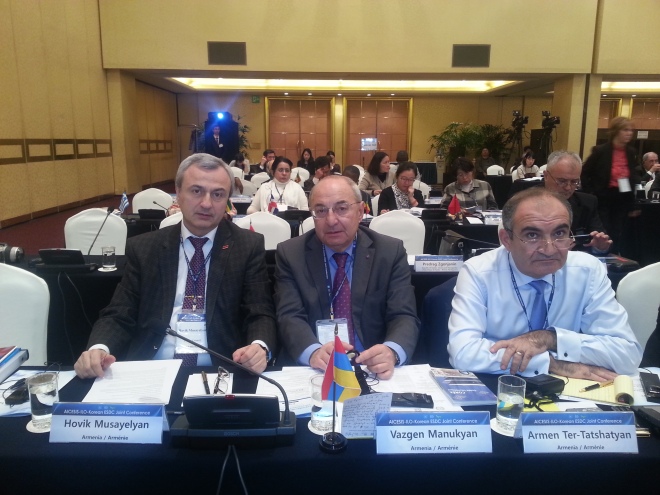 END_OF_DOCUMENT_TOKEN_TO_BE_REPLACED

Editor: I would like to start the talk from afar. Given the specialization, I was familiar with the offices representing new technologies during the soviet years; indeed this recognition was to some extent, since those were mainly closed offices. I also followed the operations after the independence, the gradual mental renaissance of the sector. You are one of the individuals of the field who has a reputable role; however you represent a totally different specialization. You deployed both your first specialization, the work experience, and during new times, anew situation, you managed to become one of the leading heads of the economy primary field. It is already seventeen years, that you are in the IT sector, and during those years the former reputation was recovered, numerous new challenges were gradually overcome; the government consistently deepens the attention toward the branch. Armenia’s long term path to promote the country was newly smoothed out in front of us.

Hovik Musayelyan: As you may know, about twelve years ago the government announced IT sector a priority for economic development. Indeed, there was ample ground for this crucial decision, and it was in this field that we had the best opportunities to succeed at that stage.
The necessary preconditions for the branch development gradually established, for instance stable energy supply, available and affordable internet, favorable geopolitical and business environment for investments, formation of the country’s new image and etc. Without the entry of international organizations into the IT sector, without the adjustments of the educational criteria to the international standards, the development of new business culture is hardly possible. To reach all the above, both partners (who would pursuit perspectives) and time would be needed to create everything step by step, anew. END_OF_DOCUMENT_TOKEN_TO_BE_REPLACED

On behalf of the delegation of the Public Council of the Republic of Armenia, let me greet the summit participants and wish productive work.

The republics of the former Soviet Union suffered 3 types of revolution.

The latter revolution had to be done by the statesmen and officials. And in no country the above mentioned individuals could resist the temptation of using their positions to establish ownership and businesses. In the meantime, there was no monitoring body; the society and the judicial system were not formed. END_OF_DOCUMENT_TOKEN_TO_BE_REPLACED 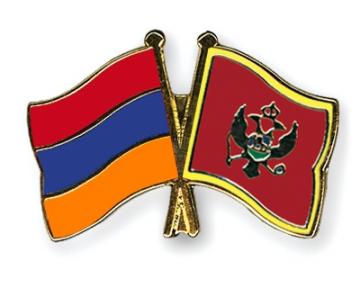 Armenia and Montenegro (the former Chernogoria) are old friends that have similar paths and have history.  The countries of “black mountains” and “black fields” have declared their independence with only a few years apart. Serbia was the first to recognize the independence of neighboring Chernogoria, while Azerbaijan started the war against Artsakh.

Our relationship with Montenegro, a country that has been independent for only seven years, is growing stronger just now. Montenegro intends to strengthen its relationships with Armenia especially in tourism sector. The Deputy Prime Minster of Montenegro, the Minister for Foreign Affairs, Igor Lukšić, who was in Armenia few months ago, has mentioned during his visit that they intend to develop ties with Armenia also in the economic sector, hoping the relationship will be quite fruitful. It is worth mentioning that we have not developed economic ties with the country that has a population of 650,000 because the newly independent country is just beginning to form. Perhaps the first step that has been taken in bringing two countries closer together was the establishment of free visa regime, especially in summer months. The visit of Igor Lukšić to Armenia and his meeting with the President and the Prime Minister of Armenia was special because during the visit the parties agreed to launch the start of cooperation with a business forum in Montenegro. END_OF_DOCUMENT_TOKEN_TO_BE_REPLACED

On June 17-23, Marseille hosted “The French-Armenian Excellence Week” organized by the RA Ministry of Diaspora, the Embassy of RA in France and “Terre d’Armenie”. Within the celebrations, on June 20, the Mayor of Marseille Jean-Claude Gaudin awarded Charles Aznavour with the title of “Honorary Citizen of Marseilles” and the President of the Regional Council of Provence-Alpes-Côte-d’Azur awarded him with the Medal of the Senate and the Province.  Armenian and French officials and guests participated at the event.  Two companies “Kilikia” and “Synopsys Armenia” were invited from Armenia, as examples of successful companies.  We spoke with the Director of Synopsys Armenia HOVIK MUSAYELYAN abut the event.

You had interesting meetings during one week in Marseille, including a meeting with Charles Aznavour, Henry Verneuil’s children, the Minister of Economy of Romania, who is Armenian. Would you share your experience with us? END_OF_DOCUMENT_TOKEN_TO_BE_REPLACED

Mr. Hovik Musayelyan will host the US Ambassador to Armenia, Mr. John Heffern.

Hovik Musayelyan: Dear Mr. Ambassador, first of all, I would like to inform you that within the Dialogue we have discussed issues of management in different spheres and touched upon numerous problems of our country. Meeting with you is an excellent opportunity to expand the range of topics, so I suggest we discuss diplomatic activities as well, namely the role of the head of a diplomatic corps and the subjective factor of an individual in the complex process of establishing rapport, dialogue and mutual understanding between two countries. Armenia is a small country, however, historically if a country like the USA sends an Ambassador to Armenia it means that they consider the opinion of the diaspora and lobbying groups of that country, as well as personal attitudes of the proposed candidate concerning a series of sensitive matters for the Armenians. We all know that recent appointments of ambassadors have been actively debated, various factors and considered, thus, it is particularly interesting that your appointment was quietly accepted. However, this is just one side of the problem, because the way you would be received in Armenia was equally important. To sum up, we would not be mistaken to say that, first and foremost, of course, the US Ambassador to Armenia reports to the State Department, but he/she also is responsible for the concerns of the Armenian community in the US, as well as he/she should contribute to the development of diplomatic relations between two countries.
I have happened to communicate with the US Ambassadors since 1993, when I was Assistant of Deputy Prime Minister, later as the Head of Foreign relations at Yerevan municipality and after that, when I started my career in the American companies. I can testify that in a short time you have earned respect of the Armenian business community. How could you manage to settle into a brand new environment so quickly? END_OF_DOCUMENT_TOKEN_TO_BE_REPLACED

I believe if we retain an idea in our conscious minds that each of us should plant a single tree in Yerevan, our beloved city will turn into a green town. Today we have ICT companies joining us, I’m sure tomorrow other companies will join us, and so forth.  Let’s make our city green and clean, (H. Musayelyan) 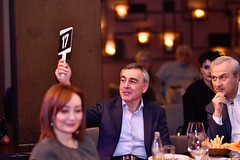